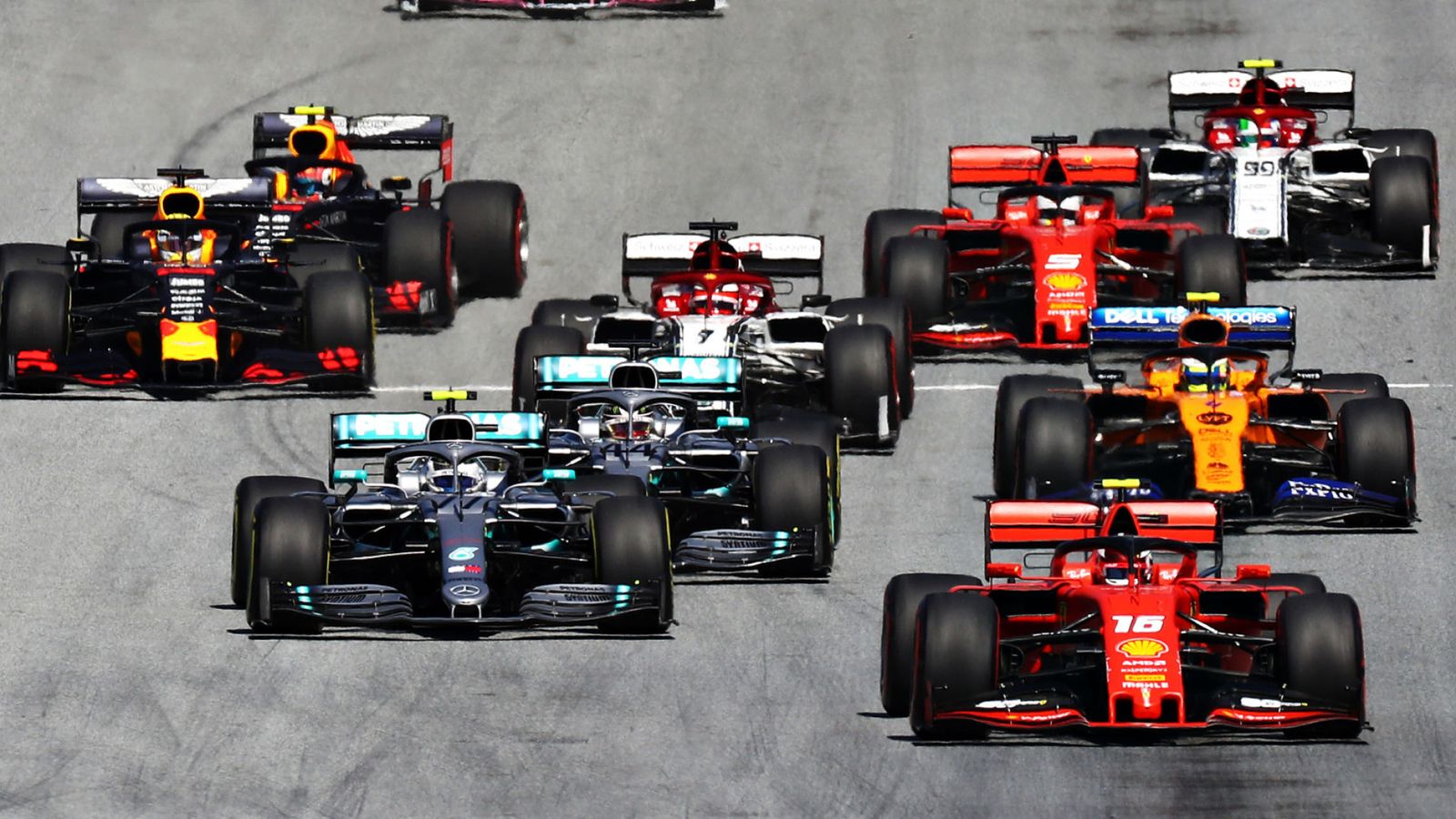 Formula 1, known for its drama, cutting edge technology and engineering, as well as its exciting destinations, covers a whopping twenty-one mind-blowing countries in a season – each one vying to be more dazzling than the last.

Since the beginning of time, celebrity, glitz and gold coin have played an essential element in sporting events. From gladiators brawling it out with lions and Joaquin Phoenix, to medieval jousting. However, none come close to the trackside lavish of Formula One.

With winning teams spending an annual average of $285.3 million, it’s easy to see how this sport has grown to become one of the most glamorous and prosperous on the planet. And It’s not just about the fancy cars – over the years, Formula 1 has morphed into a high-end, celebrity-fuelled, and high-octane glamour-fest.

Now synonymous with fashion houses, models and filmstars, together with the highest level of VIP hospitality, it attracts the world’s most glittering elite to some of the world’s sexiest locations.

So here, we’ve rounded up the most exciting destinations on the Formula One calendar.

Not only is Shanghai’s racing event the most affordable to attend, but It’s also one of Formula One’s most striking circuits. Designed to mirror the Chinese symbol for Shang (meaning “upwards”), it’s a real stand-out feature.

With effortless access – by designated shuttle – to Shanghai’s nightlife heart of Pudong, it’s also an excellent destination for city swingers and lovers of the party scene. As China’s second-largest city with upwards of 26 million citizens, it’s safe to say that Shanghai provides entertainment for a hugely diverse crowd.

With a vast number of people – including locals, businessfolk and travellers all being drawn to the city, life here is as high octane as the race itself. With the energy of Shanghai increasing exponentially, new bars replace old haunts and an ever-evolving rebranding unfolds, to provide a bigger, bolder and more dazzling experience. So, whether you’re after underground music, high-end ritz, or dirty backstreet grunge, there’s something for everyone.

While you’re there, recovering from a night out, and in the mood for something automobile-related, check out Shanghai Auto Museum. As you’d expect, the museum boasts an immense collection of rare vehicles, including a 1948 Maserati which raced in the 1948 Silverstone British Grand Prix.

Melbourne, historically one of the most popular races, sees more than 300,000 fans turn up for its four-day event. Hosted in Albert Park, a sprawling recreational space filled with walking trails, huge gum trees and beautiful picnic areas, it is one of F1’s most spectacular settings.

The Melbourne event is particularly exciting for the English fans – Lewis Hamilton has started every race here on pole position since 2014. It’s also renowned for being a family-friendly race. With a vast Kids’ Corner area, four music stages, and a plethora of events including stunt shows and driver Q&A sessions, its production value is spectacular.

Melbourne as a city is incredible! Voted 2017’s most livable city, its winding alleyways are fairytale enchanting. Renowned across Australia for its lively laneway culture, it’s another brilliant reason to choose this Grand Prix as your F1 fix for the year.

If you’re in search of great food, fill your boots at Centre Place, where you’ll find a myriad of places to eat. If street art’s your thing, take a wander down Hosier Lane, and don’t forget your camera!

And, as if that wasn’t enough, the coffee in Melbourne is off the hook! Cafe culture in Australia’s big cities is enormous! And Melbourne is home to world champion baristas, a network of thriving, bustling independent businesses, and some of the best coffee in the world.

Singapore, in 2008, became F1’s first-ever night race. Aside from happening after dark under glittering lights, the circuit’s tight turns make it one of the most thrilling races too, with safety cars making an appearance throughout every race to date.

Known for its WORLD-CLASS entertainment – Singapore has hosted some serious pop royalty including the Red Hot Chilli Peppers, Fatboy Slim, Muse and Cardi B.

And if you needed another reason to stop by, check out the preserved colonial architecture – it’s breathtaking. Dotted with impressive British-built white monoliths, balustrades and verandahs, these heritage sites are a wonder to behold. The government started protecting these places in 1971.

In addition to the sizzling action on track, Singapore offers much to keep visitors entertained. With a myriad of high-end hotels, casinos, shopping malls and even a man-made sky garden, the holiday-making is almost as thrilling as the race.

Austin, the State capital of Texas, is home to some of F1’s most dramatic racing. One of only five anti-clockwise tracks on the F1 calendar – the podium is never usually adorned by repeat faces.

Given Austin’s musical reputation, it’s no surprise that the line-ups are top-notch, with Justin Timberlake, Bruno Mars and Britney Spears all having graced the stage.

Touted as ‘the drunkest city in the US’, Austin is renowned for its outdoor graffiti art gallery, nightlife, and world-class BBQ. Strangely, and some say, provocatively, it carries a weak resemblance to the rest of the Texan state.

Austin is also home to the legendary Franklin BBQ – who produce some of the world’s most magnificent brisket. Get there early – the queue forms at the break of dawn, and goes on for hours! Hungry fans of the beefy delicacy arrive first thing in the morning with seats, refreshments and an open heart. The queue is an adventure in itself, with strangers bonding over a shared love of brisket.

And, as if that wasn’t enough, it’s also home to 1.5 million bats, and each day at sunset, you can watch them fly out from their home – Congress Ave. Bridge – for their evening’s razzle!

If Formula 1 is your passion, why not take the plunge and watch the race from a ridiculous destination? With the world as your oyster, and a multitude of amazing cities hosting races throughout the season, what better way to see the world?